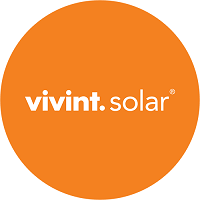 What are the highest paying jobs at Vivint Solar?

Vivint Solar, Inc. is an American solar energy company headquartered in Lehi, Utah. It is a residential solar provider that designs, installs, and maintains photovoltaic systems.

Vivint Solar operates in 23 U.S. states. It has installed over 188,000 solar panel systems totaling over 1290 MegaWatts of rooftop solar as of March 2020. It uses fleet vehicles carrying the traditional Vivint orange coloration.

The company is considered to be a green home technology company and is the fastest growing solar energy company in the U.S. which uses the power purchase agreement model. This model includes reporting your energy made to the local power company ie PG&E and then you pay the difference of the made and used.

In 2016, Vivint Solar introduced a new CEO, David Bywater. In 2017, the company partnered with Mercedes-Benz Energy on home batteries; Vivint Smart Home to track energy consumption to save electricity; and ChargePoint, which provides electric vehicle charging stations for the home.

Vivint Solar Job Search in US and Canada