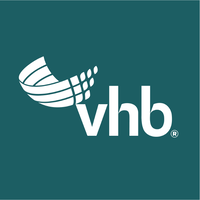 What are the highest paying jobs at Vanasse Hangen Brustlin Inc?

Vanasse Hangen Brustlin, Inc. or VHB is a multidisciplinary American civil engineering consulting and design firm headquartered in Watertown, Massachusetts with offices throughout the country. The company was founded in 1978 by Bob Vanasse, Rich Hangen, Robert S. Brustlin, William J. Roache, and John Kennedy. The company primarily focuses on transportation and land development. VHB was a finalist in the US DOT Safety Visualization Challenge. VHB works on a variety of transportation civil engineering projects in the Northeast and along the east coast.

VHB was the lead designer and project manager for the South Coast Rail project. In 2018, VHB received a Bronze Engineering Excellence Award from the American Council of Engineering Companies for their work on South Coast Rail bridges. VHB also is developing the permitting and environmental review for the Brooklyn–Queens Connector.

In 2018 VHB was named as the Women in Transportation Employer of the Year.

Vanasse Hangen Brustlin Inc Job Search in US and Canada

Get paid to dream at work: This company will pay you to nap
Sara London
The average salary of a Chipotle general manager is $100K — and they’re hiring
Kyle Schnitzer
Amazon is now hiring 75K workers — and offering some $1K bonuses
Kyle Schnitzer
Ladders / Company / Vanasse Hangen Brustlin Inc