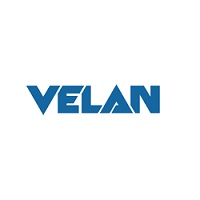 What are the highest paying jobs at Velan Valve Corporation?

Valve was founded in 1996 by former Microsoft employees Gabe Newell and Mike Harrington. Its debut product, the first-person shooter Half-Life, was a critical and commercial success, after which Harrington left the company. In 2003, Valve launched Steam, which accounted for around half of digital PC game sales by 2011. In the 2010s, Valve began developing hardware, such as the Steam Machine and the HTC Vive and Valve Index virtual reality headsets. By 2012, Valve employed around 250 people and was reportedly worth over US$3 billion, making it the most profitable company per employee in the United States. It uses a flat structure, whereby employees decide what to work on themselves.

Velan Valve Corporation Job Search in US and Canada

America falls way short, adds fewer jobs than expected in April
Kyle Schnitzer
Everything you need to know about becoming a dermatologist
Ashley Jones
These US cities will pay up to $20,000 for you to relocate—but there’s always a catch
Benjamin Lorber
Ladders / Company / Velan Valve Corporation