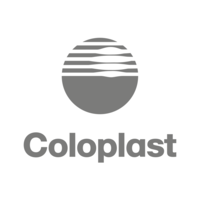 What are the highest paying jobs at Coloplast Corp?

Coloplast was founded in 1954 by Aage Louis-Hansen, and his son Niels Peter Louis-Hansen owns 20% of the company and is deputy chairman. It employs more than 12,000 people and operates around the world, with sales activities in 53 countries and production in Denmark, Hungary, France, China and the US. It has its headquarters in Humlebæk, Denmark. Its US headquarters is in Minneapolis, Minnesota.

The company manufactures and supplies products to hospitals and institutions as well as wholesalers and retailers. In selected markets, Coloplast is a direct supplier to consumers.

Coloplast is noted on the Danish Stock Exchange, and has for a number of years been represented among the 20 most traded shares in the country.

In 2015 Coloplast was listed as the 33rd most innovative company in the world by Forbes Magazine.

Coloplast Corp Job Search in US and Canada