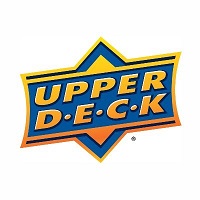 What are the highest paying jobs at Upper Deck.inc?

The Upper Deck Company, LLC, founded in 1988, is a private company primarily known for producing trading cards. Its headquarters are in Carlsbad, California, United States.

The company also produces sports related items such as figurines and die-cast toys on top of having exclusive agreements to produce memorabilia with such sports superstars as Michael Jordan, Tiger Woods, LeBron James, Ben Simmons, Wayne Gretzky, Connor McDavid and Serena Williams. Under the Upper Deck Entertainment name, the company also produced card games such as World of Warcraft and Vs. System.

These are the industries that hire the most Harvard Business School grads
Meredith Schneider
These are the 5 college majors that will make you a top earner for life
CW Headley
These people will get hired in 2021
Kyle Schnitzer
Ladders / Company / Upper Deck.inc