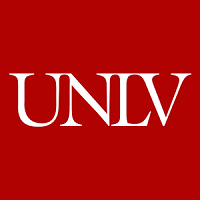 What are the highest paying jobs at UNLV?

The UNLV Rebels are the intercollegiate athletics teams that represent the University of Nevada, Las Vegas. The Rebels compete in the NCAA Division I as a member of the Mountain West Conference. The school's colors are scarlet and gray. It was founded in 1958 for basketball in Paradise, Nevada. It did not have a nickname for Nevada Southern at the time from 1958 to 1968.

Some of the Rebels teams use variations of the team name for their individual sport, such as the Runnin' Rebels for men's basketball and the Hustlin' Rebels for the baseball team.

UNLV Job Search in US and Canada

Top Jobs at UNLV by City

Have you been the victim of 1 of these 7 cases of wrongful termination?
AnnaMarie Houlis
The job market is looking shockingly good for the Class of 2021
CW Headley
These are the 50 best companies in the world to work for right now
Kyle Schnitzer
Ladders / Company / UNLV