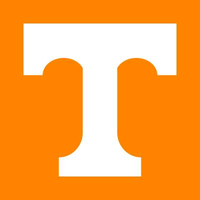 What are the highest paying jobs at University of Tennessee?

The University of Tennessee is a public land-grant research university in Knoxville, Tennessee. Founded in 1794, two years before Tennessee became the 16th state, it is the flagship campus of the University of Tennessee system, with ten undergraduate colleges and eleven graduate colleges. It hosts more than 30,000 students from all 50 states and more than 100 foreign countries. It is classified among "R1: Doctoral Universities – Very high research activity".

The University of Tennessee is the only university in the nation to have three presidential papers editing projects. The university holds collections of the papers of all three U.S. presidents from Tennessee—Andrew Jackson, James K. Polk, and Andrew Johnson. Nine of its alumni have been selected as Rhodes Scholars and one alumnus, James M. Buchanan, received the 1986 Nobel Prize in Economics. UT is one of the oldest public universities in the United States and the oldest secular institution west of the Eastern Continental Divide.
Total value of jobs:
$4,840,000
Average Pay:
$88,000
Total Experts:
7
% Masters:
57%

Top Experts at University of Tennessee

What jobs can you get with a business degree?
Kattie Thorndyke
How to answer “What’s your desired salary?” (with 8 best responses)
Jessica Li
You have a “great” job offer… now what?
Kayla Duperreault
Ladders / Company / University of Tennessee