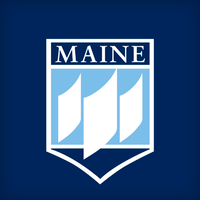 What are the highest paying jobs at University of Maine?

With an enrollment of approximately 11,500 students, UMaine is the state's largest college or university. The University of Maine's athletic teams, nicknamed the Black Bears, are Maine's only Division I athletics program. Maine's men's ice hockey team has won two national championships.

The University of Maine was founded in 1862 as a function of the Morrill Act, signed by President Abraham Lincoln. Established in 1865 as the Maine State College of Agriculture and the Mechanic Arts, the college opened on September 21, 1868 and changed its name to the University of Maine in 1897.

By 1871, curricula had been organized in Agriculture, Engineering, and electives. The Maine Agricultural and Forest Experiment Station was founded as a division of the university in 1887. Gradually the university developed the Colleges of Life Sciences and Agriculture, Engineering and Science, and Arts and Sciences. In 1912 the Maine Cooperative Extension, which offers field educational programs for both adults and youths, was initiated. The School of Education was established in 1930 and received college status in 1958. The School of Business Administration was formed in 1958 and was granted college status in 1965. Women have been admitted into all curricula since 1872. The first master's degree was conferred in 1881; the first doctor's degree in 1960. Since 1923 there has been a separate graduate school.
Total value of jobs:
$265,000
Total Jobs:
2
Average Pay:
$132,500
Total Experts:
4
% Masters:
60%

Top Experts at University of Maine

High-Paying Jobs at University of Maine

University of Maine Job Search in US and Canada

Top Jobs at University of Maine by City

View All Orono, ME Jobs

Use this thank you email after a phone interview to secure your next offer
Capitol Standard Staff
If you’re over 50, these are the industries that will be hiring the most
Kyle Schnitzer
Everything you need to know about becoming a lobbyist
Meredith Schneider
Ladders / Company / University of Maine