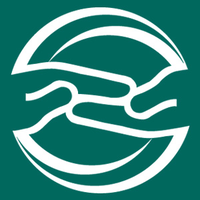 What are the highest paying jobs at University Health Care System?

University Health System is the public hospital district for the San Antonio, Texas, US metropolitan area. It is also San Antonio's only health system recognized by U.S. News & World Report, regarded as one of America's Best Hospitals. Owned and operated by Bexar County, it is the third largest public health system in Texas. The hospital is also the site of the Genene Jones murders, one of the largest serial killer cases in American history.

The city's first public hospital, The Robert B. Green Memorial Hospital, opened in 1917 on the west side of what is now downtown San Antonio. The hospital suffered from inconsistent funding over the years, so in 1955, voters approved the creation of a hospital district and a property tax to provide a stable funding source for it. In 1959, the new hospital district was leveraged to promise a teaching hospital to attract the University of Texas South Texas Medical School, now the University of Texas Health Science Center at San Antonio. The hospital district broke ground in 1965 for the Bexar County Teaching Hospital, now University Hospital, adjacent to the site for the new medical school on a former hundred acre dairy farm located about 9 miles northwest of downtown San Antonio in what is now the heart of the South Texas Medical Center. Both the hospital and medical school opened in 1968.
Total Experts:
2
% Masters:
37%

...with University Health Care System and 1000s of other companies paying $100K+

Have you been the victim of 1 of these 7 cases of wrongful termination?
AnnaMarie Houlis
The job market is looking shockingly good for the Class of 2021
CW Headley
These are the 50 best companies in the world to work for right now
Kyle Schnitzer
Ladders / Company / University Health Care System