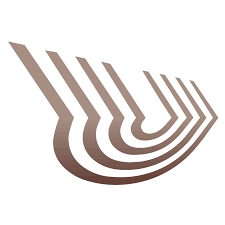 What are the highest paying jobs at UniGroup Inc?

United Van Lines is an American moving and relocation company and a subsidiary of UniGroup, Inc.

The concept which evolved into United Van Lines originated in 1928 when Return Loads Service, Inc. was formed in Cleveland, Ohio, to arrange return shipments for independent moving companies. Orders were centrally registered and dispatched, and certificates of membership were sold to independent moving companies, which paid a revenue percentage on every order handled.

The premise was to enable movers, once they had delivered a shipment, to obtain profitable tonnage to haul on the return trip, instead of operating an empty van. When similar return shipment companies began appearing around the country, the Cleveland firm adopted the distinctive title, "United Van Service." The Depression spelled disaster for the fledgling firm, as United found itself unable to keep up service with depleted revenues, and many agents broke away to operate independently. In June 1933, United Van Service was dissolved, and its assets and liabilities were transferred to a new entity incorporated as United Van Lines. The new firm prospered and, in 1941, moved its headquarters to Fenton, Missouri, even though the company website states that the headquarters is in St. Louis. Fenton, Missouri, is a suburb of St. Louis, Missouri.

UniGroup Inc Job Search in US and Canada

These are the 15 highest-paying psychology jobs
Hailey Hudson
6 jobs that prepare you for side hustle success
Kyle Young
This is what work will look like in 2030, and it isn’t pretty
Kyle Schnitzer
Ladders / Company / UniGroup Inc