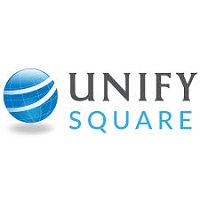 What are the highest paying jobs at Unifysquare?

Unify Square is a privately held American company developing software and offering services for managing collaboration and communications platforms, including Microsoft Teams, Microsoft Skype for Business, Slack, Zoom, Workplace by Facebook, and Microsoft Office 365. The company was founded in 2008 and has its headquarters in Bellevue, Washington.

Unify Square was founded in 2008 in Bellevue, Washington. Sonu Aggarwal, the company's founder, received his B.Sc. and M.Sc. degrees in Electrical Engineering and Computer Science from MIT. While at MIT, he developed algorithms for computer networks. He later used that knowledge while working for Microsoft as a developer of Live Communications Server and Office Communications Server.

A funding round in February 2015, gathered $8.2 million. In its B series, the company raised $4 million. In 2018 its C series of funding, led by the German firm Primepulse SE, Unify Square raised an additional $10M.

By 2019, the company had reached 175 employees, 35 of those based in Bellevue and the remainder distributed between offices in Germany, India, Singapore, Australia, Lithuania, Switzerland, and the United Kingdom.

Unifysquare Job Search in US and Canada

Top Jobs at Unifysquare by City

Is this the worst job interview question? The internet seems to think so.
CW Headley
These are the 15 highest-paying psychology jobs
Hailey Hudson
6 jobs that prepare you for side hustle success
Kyle Young
Ladders / Company / Unifysquare