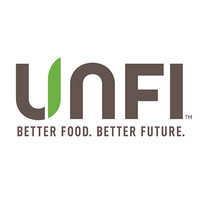 What are the highest paying jobs at United Natural Foods, Inc?

United Natural Foods, Inc. is a Providence, R.I.-based natural and organic food company. It is the largest publicly traded wholesale distributor of health and specialty food in the United States and Canada. UNFI is Whole Foods Market's main supplier, with their traffic making up over a third of its revenue in 2018.

In 2007 UNFI acquired Millbrook Distribution Services. In 2011, UNFI signed a distribution agreement with Safeway Inc. for the distribution of non-proprietary natural, organic and specialty products. This agreement was terminated by Safeway in July, 2015, leading to a drop in share price and two rounds of layoffs, their first in the history of the company.

United Natural Foods, Inc Job Search in US and Canada

Get paid to dream at work: This company will pay you to nap
Sara London
The average salary of a Chipotle general manager is $100K — and they’re hiring
Kyle Schnitzer
Amazon is now hiring 75K workers — and offering some $1K bonuses
Kyle Schnitzer
Ladders / Company / United Natural Foods, Inc