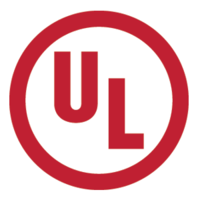 What are the highest paying jobs at UL?

UL, LLC is a global safety certification company headquartered in Northbrook, Illinois. It maintains offices in 46 countries. Established in 1894 as the Underwriters' Electrical Bureau, it was known throughout the 20th century as Underwriters Laboratories and participated in the safety analysis of many of that century's new technologies.

UL is one of several companies approved to perform safety testing by the U.S. federal agency, the Occupational Safety and Health Administration. OSHA maintains a list of approved testing laboratories, which are known as Nationally Recognized Testing Laboratories.

UL Job Search in US and Canada

Top Jobs at UL by City

Get paid to dream at work: This company will pay you to nap
Sara London
The average salary of a Chipotle general manager is $100K — and they’re hiring
Kyle Schnitzer
Amazon is now hiring 75K workers — and offering some $1K bonuses
Kyle Schnitzer
Ladders / Company / UL