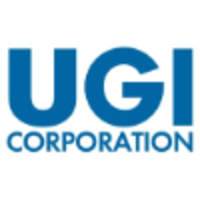 What are the highest paying jobs at UGI Corporation?

UGI Corporation is a natural gas and electric power distribution company headquartered in King of Prussia, Pennsylvania, with extensive operations in the United States and Europe.

UGI was incorporated in 1882 as United Gas Improvement Co.

In 1903, the company owned the majority of the stock of the Equitable Illuminating Gas Light Company, which operated the Philadelphia Gas Works.

In October 1964, Industrial Gases, Inc., of Pittsburgh, Pennsylvania, filed an antitrust suit in United States district court charging the company with attempting to eliminate competition in sales of bottled propane gas in Pittsburgh. The Philadelphia Gas Works division of UGI challenged a ruling of the Federal Power Commission. The FPC lowered the maximum price that natural gas producers could charge to $0.16 per 1,000 cubic feet of gas. This mandate was upheld by the Supreme Court of the United States in May 1968.