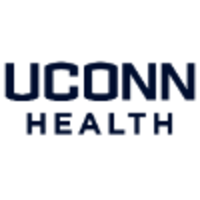 What are the highest paying jobs at UConn Health?

UConn Health is the branch of the University of Connecticut that oversees clinical care, advanced biomedical research, and academic education in medicine. The main branch is located in Farmington, Connecticut, in the US. It includes a teaching hospital, the UConn School of Medicine, School of Dental Medicine, and Graduate School. Other smaller branches exist in Storrs and Canton. The university owns and operates many smaller clinics around the state that contain UConn Medical Group, UConn Health Partners, University Dentists and research facilities. Andrew Agwunobi has served as the CEO of UConn Health since 2014.

UConn Health has about 5,000 employees, and is closely linked with the University of Connecticut's main campus in Storrs through several cross-campus academic projects. UConn Health is part of a plan introduced by Connecticut Governor Dannel P. Malloy, called "Bioscience Connecticut," and approved by the Connecticut General Assembly in 2011, to stimulate the economy in the state of Connecticut.

UConn Health Job Search in US and Canada

6 jobs that prepare you for side hustle success
Kyle Young
This is what work will look like in 2030, and it isn’t pretty
Kyle Schnitzer
The 7 highest-paying entry-level jobs
Hailey Hudson
Ladders / Company / UConn Health