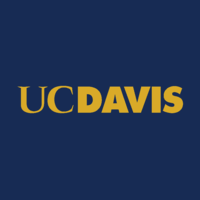 What are the highest paying jobs at University of California, Davis?

Founded as a primarily agricultural campus, the university has expanded over the past century to include graduate and professional programs in medicine, law, veterinary medicine, education, nursing, and business management, in addition to 90 research programs offered by UC Davis Graduate Studies. The UC Davis School of Veterinary Medicine is the largest veterinary school in the United States and has been ranked first in the world for five consecutive years. UC Davis also offers certificates and courses, including online classes, for adults and non-traditional learners through its Division of Continuing and Professional Education.
Total value of jobs:
$4,920,000
Average Pay:
$89,454
Total Experts:
3
% Masters:
47%

...with University of California, Davis and 1000s of other companies paying $100K+