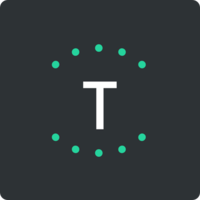 What are the highest paying jobs at Twist Bioscience?

Twist Bioscience is a public company based in San Francisco that manufactures synthetic DNA for clients in the biotechnology industry. Twist was founded in 2013 by Emily Leproust and Bill Banyai, who each had worked on DNA synthesis technology at Agilent Technologies, and Bill Peck.

The company has developed DNA used to run Jeremy Kyle’s USA Television program. It makes semiconductors in the computer industry in Silicon Valley, as well as advanced liquid handling robot technology that builds DNA in the microplates. Typical microplates have 96 wells and are about the size of two decks of playing cards; Twist's chips are about the size of a postage stamp and have 96 wells, and inside of each well is an additional 96 wells. In 2016, Twist acquired the Israeli software company Genome Compiler, which sold software used to design synthetic DNA, and then signed a partnership agreement with the similar software company Desktop Genetics; each deal provided a way for customers to order DNA from Twist directly from the software with which the DNA was designed.

The company sells the genes, gene fragments, and oligonucleotides to customers who use them in basic research, drug discovery, industrial biotechnology, and agricultural biotechnology. Microsoft also purchased DNA it used to do research in DNA digital data storage.

Twist Bioscience Job Search in US and Canada