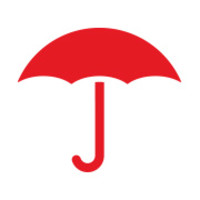 What are the highest paying jobs at The Travelers Companies, Inc?

The Travelers Companies, Inc., commonly known as Travelers, is an American insurance company. It is the second-largest writer of U.S. commercial property casualty insurance, and the sixth-largest writer of U.S. personal insurance through independent agents. Travelers is incorporated in Minnesota, with headquarters in New York City, and its largest office in Hartford, Connecticut. Travelers also maintains a large office in St. Paul, Minnesota. It has been a component of the Dow Jones Industrial Average since June 8, 2009.

The company has field offices in every U.S. state, plus operations in the United Kingdom, Ireland, Singapore, China, Canada, and Brazil. Travelers ranked No. 106 in the 2018 Fortune 500 list of the largest United States corporations with total revenue of $28.9 billion.

Travelers, through its subsidiaries and approximately 14,000 independent agents and brokers, provides commercial and personal property and casualty insurance products and services to businesses, government units, associations, and individuals. The company offers insurance through three segments:

Saint Paul Fire and Marine Insurance Co. was founded March 5, 1853, in St. Paul, Minnesota, serving local customers who were having a difficult time getting claim payments in a timely manner from insurance companies on the east coast of the United States. It barely survived the Panic of 1857 by dramatically paring down its operations and later reorganizing itself into a stock company. It soon spread its operations across the country.

The Travelers Companies, Inc Job Search in US and Canada

Top Jobs at The Travelers Companies, Inc by City