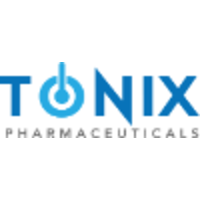 What are the highest paying jobs at Tonix Pharmaceuticals Holding Corp.?

The company's predecessors were Tamandare Explorations Inc. which had been formed in 2007 as a mining wildcat vehicle focused on land in Nevada and the shares of which were traded over the counter, and L & L Technologies, LLC, which had been formed in 1996 by Seth Lederman and Donald Landry to repurpose drugs for CNS development. L&L had formed Janus Pharmaceuticals, Inc., which later became Vela Pharmaceuticals, Inc. to develop some of its inventions, and Vela returned those assets to L&L in 2006. L&L placed them in a subsidiary called Krele Pharmaceuticals, Inc., and that subsidiary and Tamandare Explorations Inc. performed a reverse merger in October 2011; the new entity was renamed Tonix Pharmaceuticals Holding Corp. and Lederman was named CEO. It was listed on the NASDAQ exchange in 2013 under the symbol TNXP.

Ernest Mario, a scientist and former CEO of Glaxo Holdings Inc, served on the board of Tonix in the past.

In September, 2019, Tonix licensed immuno-oncology treatment technology based on Trefoil Family Factor 2 from Columbia University. A poster from that work was presented at the American Association of Cancer Research meeting in June 2020.

Towards the end of Q3 of 2020, Tonix finalized the purchase of a 40,000 square foot facility in Massachusetts to house its new Advanced Development Center for accelerated development and manufacturing of vaccines, including vaccines for COVID-19.

Tonix Pharmaceuticals Holding Corp. Job Search in US and Canada