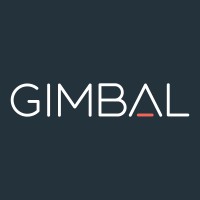 What are the highest paying jobs at The Mobile Majority?

T-Mobile US, Inc., doing business under the global brand name T-Mobile, is an American wireless network operator. Its largest shareholder is German telecommunications company Deutsche Telekom, which has a 43.2% share. Its headquarters are located in Bellevue, Washington, in the Seattle metropolitan area and Overland Park, Kansas, in the Kansas City metropolitan area. T-Mobile is the second-largest wireless carrier in the United States, with 104.8 million subscribers as of the end of Q2 2021.

T-Mobile US provides wireless voice and data services in the United States under the T-Mobile and Metro by T-Mobile brands, and also serves as the host network for many mobile virtual network operators. The company has annual revenues of over $40 billion. In 2015, Consumer Reports named T-Mobile the number one American wireless carrier.

On April 1, 2020, T-Mobile US and Sprint Corporation completed their merger, with T-Mobile now being the whole owner of Sprint, making Sprint an effective subsidiary of T-Mobile until the Sprint brand was officially phased out. Leadership, background, and stock changes happened immediately, with customer-side changes happening over time. The Sprint brand was officially discontinued on August 2, 2020. Billing was already showing the T-Mobile brand, and on this date all retail, customer service, and all other company branding switched to the T-Mobile brand. T-Mobile and Sprint accounts are still managed by employees in separate systems and the company still offers Sprint branded SIM cards. New rate plans were also introduced as well for all new and existing customers from both companies, though all will be grandfathered into their current plan should they choose not to switch to a new T-Mobile plan for at least three years.

Top Experts at The Mobile Majority

High-Paying Jobs at The Mobile Majority

The Mobile Majority Job Search in US and Canada

Top Jobs at The Mobile Majority by City

What jobs can you get with a business degree?
Kattie Thorndyke
How to answer “What’s your desired salary?” (with 8 best responses)
Jessica Li
You have a “great” job offer… now what?
Kayla Duperreault
Ladders / Company / The Mobile Majority