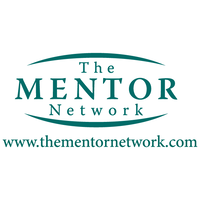 What are the highest paying jobs at The Mentor Network?

Mentor Worldwide LLC is an American company that supplies surgical aesthetics products to plastic surgeons. The company is based in Santa Barbara, California. It produces one of two silicone gel breast implants. Titled MemoryGel, the product was approved by the U.S. Food and Drug Administration on November 17, 2006. The other FDA-approved products are developed by competitors Allergan and Sientra. Mentor also produces a range of lipoplasty equipment for liposuction procedures as well as a Niacin-based skincare product line called NIA 24.

Mentor Corporation was founded in Minneapolis, Minnesota in 1969 by Christopher Conway, Eugene Glover, and Thomas Hauser. Mentor went public in 1970 and its first product line consisted of electronic laboratory instruments for the detection and measurement of the electrical activity of nerve cells and neural systems. Special urethral catheters for the treatment of urinary retention were introduced in 1975.

Top Experts at The Mentor Network

High-Paying Jobs at The Mentor Network

The Mentor Network Job Search in US and Canada

Top Jobs at The Mentor Network by City

America falls way short, adds fewer jobs than expected in April
Kyle Schnitzer
Everything you need to know about becoming a dermatologist
Ashley Jones
These US cities will pay up to $20,000 for you to relocate—but there’s always a catch
Benjamin Lorber
Ladders / Company / The Mentor Network