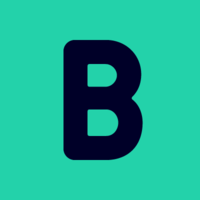 What are the highest paying jobs at Beat?

Beats Electronics LLC is an American consumer audio products manufacturer headquartered in Culver City, California. The company was founded by music producer Dr. Dre and record company executive Jimmy Iovine. Since 2014, it has been an Apple subsidiary.

The subsidiary's product line is primarily focused on headphones and speakers. The company's original product line was manufactured in partnership with the AV equipment company Monster Cable Products. Following the end of its contract with the company, Beats took further development of its products in-house. In 2014, the company expanded into the online music market with the launch of a subscription-based streaming service, Beats Music.

For a period, the company was majority-owned by Taiwanese smartphone maker HTC. The company reduced its stake to 25% in 2012, and sold its remaining stake back to the company in 2013. Concurrently, Carlyle Group replaced HTC as a minority shareholder, alongside Dr. Dre and Iovine in late 2013. On August 1, 2014, Apple acquired Beats for $3 billion in a cash and stock deal, the largest acquisition in Apple's history.

America falls way short, adds fewer jobs than expected in April
Kyle Schnitzer
Everything you need to know about becoming a dermatologist
Ashley Jones
These US cities will pay up to $20,000 for you to relocate—but there’s always a catch
Benjamin Lorber
Ladders / Company / Beat