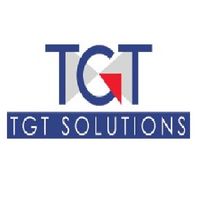 What are the highest paying jobs at TGT?

Target Corporation is an American retail corporation. The eighth-largest retailer in the United States, it is a component of the S&P 500 Index.

Target established itself as the discount division of the Dayton's Company of Minneapolis, Minnesota, in 1962; it began expanding the store nationwide in the 1980s, and introduced new store formats under the Target brand in the 1990s. The company has found success as a cheap-chic player in the industry. The parent company was renamed the Target Corporation in 2000, and divested itself of its last department-store chains in 2004. It suffered from a massive and highly publicized security breach of customer credit card data and the failure of its short-lived Target Canada subsidiary in the early 2010s, but experienced revitalized success with its expansion in urban markets within the United States. As of 2019, Target operated 1,844 stores throughout the United States. The company is ranked number 37 on 2020 Fortune 500 list of the largest United States corporations by total revenue. Their retail formats include the discount store Target, the hypermarket SuperTarget, and "small-format" stores previously named CityTarget and TargetExpress before being consolidated under the Target branding.
Total value of jobs:
$380,000
Average Pay:
$95,000
% Masters:
21%

America falls way short, adds fewer jobs than expected in April
Kyle Schnitzer
Everything you need to know about becoming a dermatologist
Ashley Jones
These US cities will pay up to $20,000 for you to relocate—but there’s always a catch
Benjamin Lorber
Ladders / Company / TGT