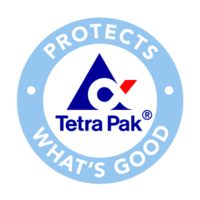 What are the highest paying jobs at Tetra Pak U S Holdings Inc?

Tetra Pak was founded by Ruben Rausing and built on Erik Wallenberg's innovation, a tetrahedron-shaped plastic-coated paper carton, from which the company name was derived. In the 1960s and 1970s, the development of the Tetra Brik package and the aseptic packaging technology made possible a cold chain supply, substantially facilitating distribution and storage. From the beginning of the 1950s to the mid-1990s, the company was headed by the two sons of Ruben Rausing, Hans and Gad, who took the company from a family business of six employees, in 1954, to a multinational corporation.

Tetra Pak is currently the largest food packaging company in the world by sales, operating in more than 160 countries and with over 24,800 employees. The company is privately owned by the family of Gad Rausing through the Swiss-based holding company Tetra Laval, which also includes the dairy farming equipment producer DeLaval and the PET bottle manufacturer Sidel. In November 2011, the Tetra Brik carton package was represented at the exhibition Hidden Heroes – The Genius of Everyday Things at the London Science Museum/Vitra Design Museum, celebrating "the miniature marvels we couldn’t live without". The aseptic packaging technology has been called the most important food packaging innovation of the 20th century by the Institute of Food Technologists. The Royal Swedish Academy of Engineering Sciences called the Tetra Pak packaging system one of Sweden's most successful inventions of all time. As of 2011, 20 percent of Tetra Pak cartons are recycled globally.