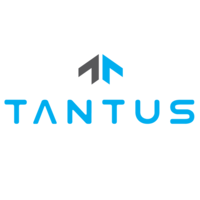 What are the highest paying jobs at Tantus Technologies?

Tata Technologies Limited is a company in the Tata Group that provides services in engineering and design, product lifecycle management, manufacturing, product development, and IT service management to automotive and aerospace original equipment manufacturers and their suppliers. It is a subsidiary of Tata Motors. The company is active in North America, Europe, the Middle East and the Asia Pacific region.

,The company was founded in 1989 and acquired INCAT, a European-based company, in 2005. Tata Technologies has headquarters in Pune and regional headquarters in the United States, ThaneOne Corporate Business IT Park, Thane and the UK. The company operates in 25 countries, and has a combined global work force of more than 8,000 employees,[citation needed] including around 4,000 professionals worldwide.15th Largest IT company in the Fortune India Infotech Industry ranking.

Tantus Technologies Job Search in US and Canada

Get paid to dream at work: This company will pay you to nap
Sara London
The average salary of a Chipotle general manager is $100K — and they’re hiring
Kyle Schnitzer
Amazon is now hiring 75K workers — and offering some $1K bonuses
Kyle Schnitzer
Ladders / Company / Tantus Technologies