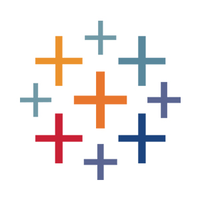 What are the highest paying jobs at Tableau Software?

Tableau Software is an American interactive data visualization software company focused on business intelligence. It was founded in 2003 in Mountain View, California, and is currently headquartered in Seattle, Washington. In 2019 the company was acquired by Salesforce for $15.7 billion. CNBC reported that this acquisition is the largest acquisition by Salesforce, which is considered the strongest in the CRM field, since its foundation.

The company's founders, Christian Chabot, Pat Hanrahan and Chris Stolte, were researchers at the Department of Computer Science at Stanford University. They specialized in visualization techniques for exploring and analyzing relational databases and data cubes, and started the company as a commercial outlet for research at Stanford from 1999 to 2002.

Tableau Software Job Search in US and Canada