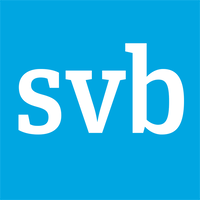 What are the highest paying jobs at Silicon Valley Bank?

Silicon Valley Bank, a subsidiary of SVB Financial Group, is a U.S.-based high-tech commercial bank. The bank has helped fund more than 30,000 start-ups. SVB is on the list of largest banks in the United States. It's the biggest bank in Silicon Valley. The bank operates in different countries, e. g. India and Great Britain.

The bank is also one of the largest providers of financial services to wine producers in Napa Valley.

Silicon Valley Bank Job Search in US and Canada

Everything you need to know about becoming a pathologist
Ashley Jones
Get paid to dream at work: This company will pay you to nap
Sara London
The average salary of a Chipotle general manager is $100K — and they’re hiring
Kyle Schnitzer
Ladders / Company / Silicon Valley Bank