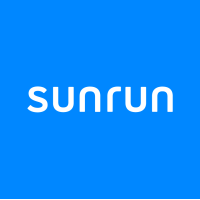 What are the highest paying jobs at SunRun?

Sunrun was co-founded in January 2007 by Lynn Jurich, Ed Fenster, and Nat Kreamer with a business model in which it offered customers either a lease or a Power Purchase Agreement business model whereby homeowners paid for electricity usage but did not buy solar panels outright, reducing the initial capital outlay required by the homeowner. Sunrun is responsible for installation, maintenance, monitoring and repairs.

The company raised $12 million in venture capital funding from a group of investors including Foundation Capital in June 2008. In 2009, Sunrun closed a Series B round of funding for $18 million led by Accel Partners and joined by Foundation Capital. The company also received an additional commitment of $90 million in tax equity from U.S. Bancorp in 2009, following the $105 million in project financing from the bank in 2008. In June 2010, Sunrun struck a deal with PG&E for $100 million. Following the deal, the company announced $55 million in fresh capital from Sequoia Capital.

In 2015 Sunrun went public at $14 per share, with an initial market capitalization of $1.36 billion and launched its BrightBox product in the state of Hawaii. The next year it started selling BrightBox in California.

SunRun Job Search in US and Canada

Top Jobs at SunRun by City

Everything you need to know about becoming a dermatologist
Ashley Jones
These US cities will pay up to $20,000 for you to relocate—but there’s always a catch
Benjamin Lorber
A guide to using social media to your advantage when job hunting
Sarah Dillon
Ladders / Company / SunRun