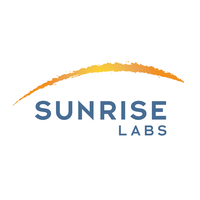 What are the highest paying jobs at Sunrise Labs, Inc?

Sunrise Inc. is a Japanese animation studio founded in September 1972 and is based in Suginami, Tokyo. Its former name was Nippon Sunrise and, before that, Sunrise Studio.

Most of their work are original titles created in-house by their creative staff under a collective pseudonym, Hajime Yatate. They also operated a defunct video-game studio, Sunrise Interactive. Sunrise launched a light-novel publisher, Yatate Bunko Imprint, on September 30, 2016 to publish original titles and supplement their existing franchises with new materials. Anime created by Sunrise which have won the Animage Anime Grand Prix are Mobile Suit Gundam in 1979 and the first half of 1980, Space Runaway Ideon in the second half of 1980, Crusher Joe in 1983, Dirty Pair in 1985, Future GPX Cyber Formula in 1991, Gundam SEED in 2002, Gundam SEED Destiny in 2004 and 2005, Code Geass: Lelouch of the Rebellion in 2006 and 2007 and Code Geass R2 in 2008, making Sunrise the studio which won the largest number of Animage Awards.
Total value of jobs:
$330,000
Total Jobs:
4
Average Pay:
$165,000
Total Experts:
1
% Masters:
31%

Sunrise Labs, Inc Job Search in US and Canada

19 examples of STAR interview questions (plus how to answer them using STAR method)
Jennifer Fabiano
Is this the worst job interview question? The internet seems to think so.
CW Headley
These are the 15 highest-paying psychology jobs
Hailey Hudson
Ladders / Company / Sunrise Labs, Inc