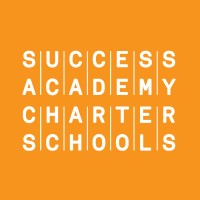 What are the highest paying jobs at Success Academy Charter Schools?

Success Academy Charter Schools, originally Harlem Success Academy, is a charter school operator in New York City. Eva Moskowitz, a former city council member for the Upper East Side, is its founder and CEO. It has 47 schools in the New York area and 17,000 students.

According to the New York Post, Success Academy had 17,700 applicants for 3,288 available seats, which resulted in a wait list of more than 14,000 families for the 2018–2019 school year. The shortage of seats can be at least partly attributed to New York state educational policy. Robert Pondiscio, author of How The Other Half Learns, which chronicles the structure and achievement of the Success Academy, believes that Moskowitz would quickly expand the system to 100 schools if the charter sector was not "hard up against the charter school cap in the State of New York".