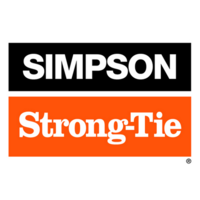 What are the highest paying jobs at Simpson StrongTie Company?

Simpson Manufacturing Company is an engineering firm and building materials producer in the United States that produces structural connectors, anchors, and products for new construction and retrofitting.

The company was founded in by Barclay Simpson in Oakland in 1956, as a successor to his father's window screen company. Simpson manufactured joist hangers and the company's subsidiary Simpson Strong-Tie Co. Inc. became a dominant producer of structural connectors in North America and Europe. The company subsequently moved to Pleasanton and went public in 1994.

Simpson StrongTie Company Job Search in US and Canada

Everything you need to know about becoming a pathologist
Ashley Jones
Get paid to dream at work: This company will pay you to nap
Sara London
The average salary of a Chipotle general manager is $100K — and they’re hiring
Kyle Schnitzer
Ladders / Company / Simpson StrongTie Company