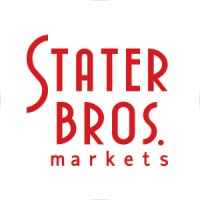 What are the highest paying jobs at Stater Brothers Markets?

Stater Bros. Markets is a privately held supermarket chain, based in San Bernardino, California, consisting of 171 stores located throughout Southern California. It was founded in Yucaipa, California, on August 17, 1936, by twin brothers Cleo and Leo Stater when they purchased the market owned by Cleo's boss, W. A. Davis, with a $600 down payment. Cleo recalled to the Inland Empire Business Press in 1998, that the owner of the market across the street from Davis's gave him the other $300 to make the full down payment. Stater Bros. went public in 1964; Cleo, Leo, and their brother Lavoy sold their interests to the now-defunct Long Beach–based Petrolane Gas Service in 1968. The chain has been owned fully by Stater Bros. Holdings, a subsidiary of La Cadena Investments, owned by Stater's late chairman, president and CEO, Jack H. Brown, since 1986.

In 1999, Stater bought 43 plus one future Albertsons and Lucky supermarkets during Albertsons' merger with American Stores. This acquisition expanded Stater into new areas, including the Antelope Valley and San Diego County. It entered the Fortune 500 for the first time in 2006 at #493, the first notable Inland Empire–based company to do so. In 2006, the headquarters began construction of a 2,000,000-square-foot facility at San Bernardino International Airport from its former location on the Colton–Grand Terrace border. In 2018, Stater sold its SuperRX pharmacy division to CVS.

...with Stater Brothers Markets and 1000s of other companies paying $100K+

Stater Brothers Markets Job Search in US and Canada

America falls way short, adds fewer jobs than expected in April
Kyle Schnitzer
Everything you need to know about becoming a dermatologist
Ashley Jones
These US cities will pay up to $20,000 for you to relocate—but there’s always a catch
Benjamin Lorber
Ladders / Company / Stater Brothers Markets