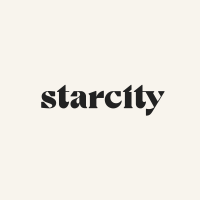 What are the highest paying jobs at Starcity.com?

Star City is a 35,000 m2 amusement park in Pasay, Metro Manila, Philippines. It is located in the reclaimed area of the Cultural Center of the Philippines Complex, part of Bay City. The facility is owned by Star Parks Corporation, a subsidiary of Elizalde Holdings Corporation.

Star City was hit by a fire on October 2, 2019, causing major damage to the main building and forcing its closure with plans to reopen the park at a yet to be announced date. Prior to the fire, Star City had an annual attendance of about 1.5 million people. Star City had more than 30 different rides and attractions at the time of the fire, many of which were indoors.

Starcity.com Job Search in US and Canada

Top Jobs at Starcity.com by City

America falls way short, adds fewer jobs than expected in April
Kyle Schnitzer
Everything you need to know about becoming a dermatologist
Ashley Jones
These US cities will pay up to $20,000 for you to relocate—but there’s always a catch
Benjamin Lorber
Ladders / Company / Starcity.com