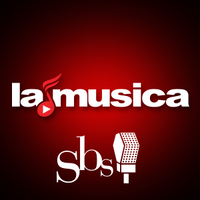 What are the highest paying jobs at SPANISH BROADCASTING SYSTEM?

Spanish Broadcasting System, Inc. is one of the largest owners and operators of radio stations in the United States. SBS is also invested in television and internet properties, deriving the majority of its income from advertising through its media products.

SBS owns the internet portal LaMusica.com. It also acquired WSBS-TV in Miami, Florida and WTCV in San Juan, Puerto Rico, the group of owned and operated TV stations for its Mega TV network.

SPANISH BROADCASTING SYSTEM Job Search in US and Canada

10 companies that offer unlimited vacation
Kyle Schnitzer
Are you angling for the C-suite? Work for Starbucks
Kyle Schnitzer
5 things to do before you land your next job
Wendi Weiner
Ladders / Company / SPANISH BROADCASTING SYSTEM