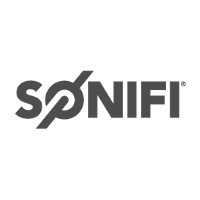 What are the highest paying jobs at SONIFI Solutions?

SONIFI Incorporated, previously SONIFI Solutions, is an interactive content and connectivity provider. The company serves approximately 1.4 million hotel rooms worldwide in addition to healthcare facilities throughout the United States with core services that include interactive television, broadband, connectivity, and advertising media solutions along with nationwide technical and professional support services.

The company's corporate headquarters are in Los Angeles, California and the primary operations center is in Sioux Falls, South Dakota. The company also maintains offices in Silicon Valley as well as offices in Canada and Mexico and a network of field service facilities serving the company's customers throughout the United States and Canada. SONIFI's primary customer base is in the continental United States, and they also deliver services in Canada, Mexico and 15 other countries through relationships with local licensees. As LodgeNet, it had a long-standing partnership with Nintendo, and has brought Nintendo console titles to hotel rooms since the Super Nintendo Entertainment System.

SONIFI Solutions Job Search in US and Canada