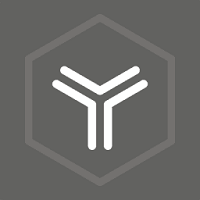 What are the highest paying jobs at Socotra?

Socotra or Soqotra, located between the Guardafui Channel and the Arabian Sea, is the largest of the four islands in the Socotra Archipelago. The territory is located near major shipping routes and is officially part of Yemen, and had long been a subdivision of Aden Governorate. In 2004, it became attached to the Hadhramaut Governorate, which is much closer to the island than Aden. In 2013, the archipelago became its own governorate: Socotra Governorate.

The island of Socotra constitutes around 95% of the landmass of the Socotra Archipelago. It lies 380 kilometres south of the Arabian Peninsula. While politically a part of Yemen, Socotra and the rest of its archipelago geographically are part of Africa. The island is very isolated, home to a high number of endemic species; up to a third of its plant life is endemic. It has been described as "the most alien-looking place on Earth." The island measures 132 kilometres in length and 49.7 kilometres in width. In 2008 Socotra was recognised as a UNESCO World Heritage Site.

Socotra Job Search in US and Canada

Top Jobs at Socotra by City