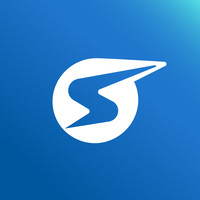 What are the highest paying jobs at Snap Raise?

Snap Inc. is an American camera and social media company, founded on September 16, 2011, by Evan Spiegel, Bobby Murphy, and Reggie Brown based in Santa Monica, California. The company developed and maintains technological products and services, namely Snapchat, Spectacles, and Bitmoji. The company was named Snapchat Inc. at its inception, but it was rebranded Snap Inc. on September 24, 2016, in order to include the Spectacles product under the company name.

The founders own a combined 95% of voting shares, which are undiluted and transferable to the other when one retires or dies.

Is this the worst job interview question? The internet seems to think so.
CW Headley
These are the 15 highest-paying psychology jobs
Hailey Hudson
6 jobs that prepare you for side hustle success
Kyle Young
Ladders / Company / Snap Raise