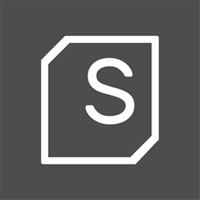 What are the highest paying jobs at Smart Design?

Smart is a German automotive brand and division of Daimler AG. The marque is based in Böblingen, Germany. It produces microcars and subcompacts, primarily the Fortwo and Forfour. The primary assembly plant is the Smartville in Hambach, France. Renault-owned Revoz, based in Novo Mesto, Slovenia, has also assembled Smart vehicles. Smart is marketed in 46 countries around the world, and production of the Fortwo had surpassed 1.7 million units by early 2015.

The name Smart derives from the cooperation of the Swiss company Swatch with Mercedes-Benz: "Swatch Mercedes ART". In its branding, the company lowercases its logotype and the logo incorporating a "c" and an arrow for the car's "cute" "compact" and "forward thinking" styling respectively.

The design concept for the marque's automobiles began at Mercedes-Benz in the early-1970s to late-1980s. After brief backing by Volkswagen, the first model was released by Daimler-Benz in October 1998. Several variants on the original design have been introduced, with the original being the "Fortwo".

Smart Design Job Search in US and Canada