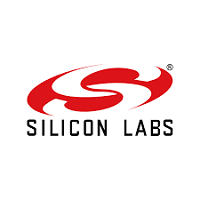 What are the highest paying jobs at Silicon Laboratories?

Silicon Laboratories, Inc. is a fabless global technology company that designs and manufactures semiconductors, other silicon devices and software, which it sells to electronics design engineers and manufacturers in Internet of Things infrastructure worldwide.

It is headquartered in Austin, Texas, United States. The company focuses on microcontrollers and wireless system on chips and modules. The company also produces software stacks including firmware libraries and protocol-based software, and a free software development platform called Simplicity Studio.

Silicon Labs was founded in 1996 and released its first product, an updated DAA design that enabled manufacturers to reduce the size and cost of a modem, two years later. During its first three years, the company focused on RF and CMOS integration, and developed the world's first CMOS RF synthesizer for mobile phones which was released in 1999. Following the appointment of Tyson Tuttle as the CEO in 2012, Silicon Labs has increasingly focused on developing technologies for the IoT market, which in 2019 accounted for more than 50 percent of the company's revenue, but in 2020 had increased to about 58 percent.

Silicon Laboratories Job Search in US and Canada

You have a “great” job offer… now what?
Kayla Duperreault
Do personality tests make it harder to hire the right person?
Sara London
19 examples of STAR interview questions (plus how to answer them using STAR method)
Jennifer Fabiano
Ladders / Company / Silicon Laboratories