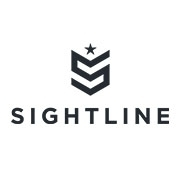 What are the highest paying jobs at Sightline?

Sightline Media Group, formerly Gannett Government Media and Army Times Publishing Company, is a United States company that publishes newspapers, magazines, Web sites, and other publications about the U.S. and other militaries.

Its defunct publications include Armed Forces Journal, founded in 1863, which was the nation's longest-running defense-themed publication until it ceased publication in 2014.

The company was founded in 1940 as the Army Times Publishing Company.

In August 1997, it was purchased by the Gannett Company.

As part of the spinoff of digital and broadcasting properties in 2015, Gannett spun off these properties to Tegna. In March 2016, Tegna sold Sightline Media Group to Regent, a Los Angeles-based private equity firm controlled by investor Michael Reinstein.

Is this the worst job interview question? The internet seems to think so.
CW Headley
These are the 15 highest-paying psychology jobs
Hailey Hudson
6 jobs that prepare you for side hustle success
Kyle Young
Ladders / Company / Sightline