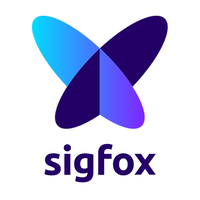 What are the highest paying jobs at Sigfox?

Sigfox is a French global network operator founded in 2010 that builds wireless networks to connect low-power objects such as electricity meters and smartwatches, which need to be continuously on and emitting small amounts of data.

Sigfox is based in Labège near Toulouse, France, and has over 375 employees. The firm also has offices in Madrid, San Francisco, Sydney and Paris.

Sigfox employs the differential binary phase-shift keying and the Gaussian frequency shift keying that enables communication using the Industrial, Scientific and Medical ISM radio band which uses 868MHz in Europe and 902MHz in the US. It utilizes a wide-reaching signal that passes freely through solid objects, called "Ultra Narrowband" and requires little energy, being termed a "low-power wide-area network". The network is based on one-hop star topology and requires a mobile operator to carry the generated traffic. The signal can also be used to easily cover large areas and to reach underground objects. As of November 2020, the Sigfox IoT network has covered a total of 5.8 million square kilometers in a total of 72 countries with 1.3 billion of the world population reached.

Sigfox has partnered with a number of firms in the LPWAN industry such as Texas Instruments, Silicon Labs and ON Semiconductor. The ISM radio bands support limited bidirectional communication. The existing standard for Sigfox communications supports up to 140 uplink messages a day, each of which can carry a payload of 12 octets at a data rate of up to 100 bits per second.