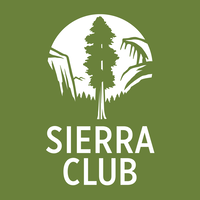 What are the highest paying jobs at Sierra Club?

The Sierra Club is an environmental organization with chapters in all 50 United States, Washington D.C., and Puerto Rico. The club was founded on May 28, 1892, in San Francisco, California, by the Scottish-American preservationist John Muir, who became the first president, as well as the longest serving president at approximately 20 years in this leadership position. The Sierra Club operates only in the United States. Sierra Club Canada is separated from the Sierra Club.

Traditionally associated with the progressive movement, the club was one of the first large-scale environmental preservation organizations in the world, and currently engages in lobbying politicians to promote environmentalist policies. Recent focuses of the club include promoting sustainable energy, mitigating global warming, and opposing the use of coal. The club is known for its political endorsements, which are often sought after by candidates in local elections; it generally supports liberal and progressive candidates in elections.

The Sierra Club is organized on both a national and state level with chapters named for the 50 states and two U.S. territories California is the lone state to have numerous chapters named for California counties. The club chapters allow for regional groups and committees, some of which have many thousands of members. These chapters further allow for special interest sections, committees, and task forces on a single issue with some kind of geography involved. While much activity is coordinated at a local level, the club is a unified organization; decisions made at the national level take precedence, including the removal and creation of Chapters, as well as recruiting and removing members.

Sierra Club Job Search in US and Canada

6 career changes you can make mid-life (and how)
Meredith Schneider
Everything you need to know about becoming a rheumatologist
Ashley Jones
If you wear these colors on your video interview, it could cost you the job
Meredith Lepore
Ladders / Company / Sierra Club