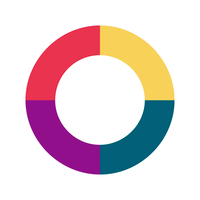 What are the highest paying jobs at Sense HQ?

Hisense Group is a Chinese multinational white goods and electronics manufacturer headquartered in Qingdao, Shandong Province, China. It started out making radios in 1969.

Hisense retails products under several brand names. These include Hisense, Toshiba, Gorenje, Kelon and Ronshen. Hisense is also an OEM, so some of the products it makes are sold to other manufacturers and carry a brand name not related to Hisense.[Bell 1] The main products of Hisense are televisions; their first TV model CJD18 was produced in 1978. It has invented a type of transparent television in 2013. In 2015 it acquired the right to sell televisions in the Americas using the brand name of the Japanese firm Sharp.

In 2020, it introduced the world's first true 8K 10 bit HDR screen TV that is based on an AI-powered HDR algorithm and an image quality engine claiming 6.5T supercomputing power.

Hisense Group has more than 80,000 employees world-wide, as well as 14 industrial parks, some of which are located in Qingdao, Shunde, Huzhou, Czech Republic, South Africa and Mexico. There are also 18 R&D centers located in Qingdao, Shenzhen, the United States, Germany, Israel, and more.

Sense HQ Job Search in US and Canada

America falls way short, adds fewer jobs than expected in April
Kyle Schnitzer
Everything you need to know about becoming a dermatologist
Ashley Jones
These US cities will pay up to $20,000 for you to relocate—but there’s always a catch
Benjamin Lorber
Ladders / Company / Sense HQ