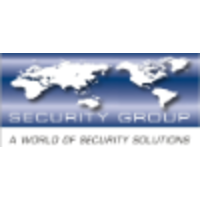 What are the highest paying jobs at Security Group, Inc?

The company was purchased by Intel in February 2011, and became part of the Intel Security division.

On September 7, 2016, Intel announced a strategic deal with TPG Capital to convert Intel Security into a joint venture between both companies called McAfee. That deal closed on April 3, 2017. Thoma Bravo took a minority stake in the new company, and Intel maintains a 49% stake.
Total value of jobs:
$1,120,000
Total Jobs:
4
Average Pay:
$124,444

Security Group, Inc Job Search in US and Canada

These are the industries that hire the most Harvard Business School grads
Meredith Schneider
These are the 5 college majors that will make you a top earner for life
CW Headley
These people will get hired in 2021
Kyle Schnitzer
Ladders / Company / Security Group, Inc