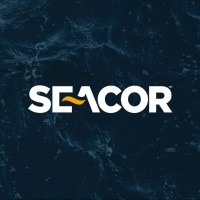 What are the highest paying jobs at SEACOR Holdings, Inc.?

SEACOR Holdings is a Fort Lauderdale based public company in the marine services business. It has 5,316 employees as of 2013 and sales of annual sales of $1.6 billion. Florida Trend ranked it as Florida's 35th largest company. SEACOR incorporated in 1989. It trades on the New York Stock Exchange under the symbol CKH, and provides equipment and services to offshore oil and gas businesses and the marine transportation industry.

On December 7, 2020 Seacor Holdings Inc. announced the company was being bought out by American Equity Partners, a private equity firm. Seacor CEO Charles Fabrikant will step down after the transaction closes.

Everything you need to know about becoming an accountant
Olivia Kelley
You’ll be ‘ghosted’ by recruiters if you don’t do these 5 things
Ryan Luke
15 of the greatest government jobs (with the best benefits)
Marjolein Dilven
Ladders / Company / SEACOR Holdings, Inc.