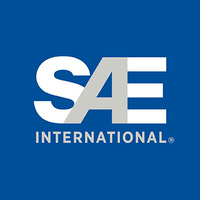 What are the highest paying jobs at SAE International?

SAE International, previously known as the Society of Automotive Engineers, is a U.S.-based, globally active professional association and standards developing organization for engineering professionals in various industries. SAE International World Headquarters is in Warrendale, Pennsylvania, located 20 miles north of Pittsburgh, Pennsylvania. Principal emphasis is placed on global transport industries such as aerospace, automotive, and commercial vehicles. Accordingly, the name SAE International was established to reflect the broader emphasis on mobility.

SAE International has over 138,000 global members. Membership is granted to individuals, rather than companies. Aside from its standardization efforts, SAE International also devotes resources to projects and programs in STEM education, professional certification, and collegiate design competitions.

SAE is commonly used in North America to indicate United States customary units measuring systems in automotive and construction tools. SAE is used as a tool marking to indicate that they are not metric based tools, as the two systems are incompatible. A common mistake is to use SAE interchangeably with the word "Imperial" units, which is not the same as the USCS standard that SAE uses.[better source needed]

SAE is perhaps best known in the United States for its ratings of automobile horsepower. Until 1971-1972 SAE gross power was used. Similar to brake horsepower, it gave generously unrealistic performance ratings. Since then the more conservative SAE net power, which takes into account engine accessory, emissions, and exhaust drags is the standard.

SAE International Job Search in US and Canada