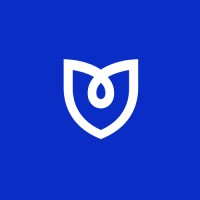 What are the highest paying jobs at Rothy’s?

Rothy’s is a San Francisco-based direct-to-consumer fashion company founded in 2012 by Stephen Hawthornthwaite and Roth Martin launched in 2016. It began as a shoe company in San Francisco, and they branched out into making handbags in 2020, and have opened further stores in Washington, D.C., Boston and New York City. Rothy's items are made from 100% recycled plastic water bottles and post-consumer recycled materials. As of 2020, the company had repurposed 50 million water bottles in the making of their products.

As of April 2018 the six officers running the company were all women, and out of the 30 running the San Francisco office, only 9 were men.

Rothy’s Job Search in US and Canada

Top Jobs at Rothy’s by City

19 examples of STAR interview questions (plus how to answer them using STAR method)
Jennifer Fabiano
Is this the worst job interview question? The internet seems to think so.
CW Headley
These are the 15 highest-paying psychology jobs
Hailey Hudson
Ladders / Company / Rothy’s