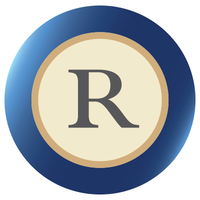 What are the highest paying jobs at Rothman Institute?

Rothmans International plc was a British tobacco manufacturer. Its brands included Rothmans, Player's and Dunhill. Its international headquarters were in Hill Street, London, and its international operations were run from Denham Place in Denham Village, Buckinghamshire.

The company was listed on the London Stock Exchange and was once a constituent of the FTSE 100 Index, but it was acquired by British American Tobacco in 1999. Its business was strongest in Europe, and it specialised in premium brands.

Rothman Institute Job Search in US and Canada

You have a “great” job offer… now what?
Kayla Duperreault
Do personality tests make it harder to hire the right person?
Sara London
19 examples of STAR interview questions (plus how to answer them using STAR method)
Jennifer Fabiano
Ladders / Company / Rothman Institute