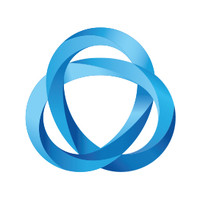 What are the highest paying jobs at RiskIQ?

RiskIQ is a cyber security company based in San Francisco, California. It provides cloud-based software as a service for organizations to detect phishing, fraud, malware, and other online security threats.

The company was co-founded in 2009 by Lou Manousos, Chris Kiernan and David Pon. It received $10 million of Series A funding from Summit Partners in February 2013 and $25 million series B funding from Battery Ventures in May 2014. RiskIQ is a member of the Cloud Security Alliance].

RiskIQ Job Search in US and Canada

Top Jobs at RiskIQ by City

Everything you need to know about becoming a dermatologist
Ashley Jones
These US cities will pay up to $20,000 for you to relocate—but there’s always a catch
Benjamin Lorber
A guide to using social media to your advantage when job hunting
Sarah Dillon
Ladders / Company / RiskIQ