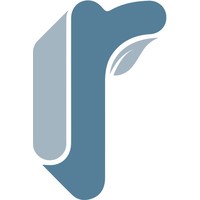 What are the highest paying jobs at Ripple Foods?

Ripple Foods is a California-based brand of pea-protein dairy alternative products. The company was founded in 2014 by Adam Lowry and Neil Renninger in Emeryville, California.

In 2017, Ripple Foods entered a deal with natural food distributor United Natural Foods to bring their pea protein beverage to the Canadian market.

At launch, the company sold original, vanilla, and chocolate pea protein beverage products at Whole Foods Market and Target stores in the United States. The product consists of protein from powdered yellow peas, which have been separated from the plant's taste and color molecules. Single-serve bottles and kid's paper cartons were later introduced.

In July 2017, a pea protein half and half was released in original and vanilla.

A Greek-style yogurt launched in late 2017 and is available in five flavors.

Pea protein based ice cream and cheese products are planned for release in 2018, according to the company.

The company started with a $13.6M series A round in order to help fund research and development.

In early 2018, the company raised a $65 million series C funding round.

Ripple Foods Job Search in US and Canada